I have fallen behind on Bill’s Blog–because of considerable activity elsewhere; so I believe I’ll make that activity the subject of this post, and postpone what I’d originally planned to present in this space until a later date: several “things” in fact, although I will “outline” what I hope to offer then, at the end of this post.

What I’ve been preoccupied with are two important “gigs’ coming up in April: the first on Saturday, April 5 (at the Cherry Center for the Arts in Carmel, California); the second on Tuesday, April 29, for the National Civil War Chaplains Museum at the Tower Theater in Lynchburg, Virginia. Both presentations consist of performances of Love Letters of Lynchburg, a spoken word play for two voices with an original musical score backing, a spinoff project that came about (as I mentioned in a previous post: “Music to Match the Words,” July 26, 2013) when I was working on the book The Inherited Heart: An American Memoir.

The April 5 performance at Cherry Center for the Arts will feature Taelen Thomas (entertainer, orator, actor, poet and teacher “who brings stories and people to life with a resonant delivery and powerful stage presence”; Taelen performs one-man shows in which he becomes John Steinbeck, Jack London, Mark Twain, Robert Louis Stevenson, Ogden Nash, Teddy Roosevelt, Robert Burns, and Leonardo da Vinci); Jaqui Hope (singer/songwriter and actor who performs in many genres: jazz, soul, gospel, rock … gifted with a voice much like what someone once said about Ray Charles: “a voice like warm sheets on a Sunday morning.” As an actor, Jaqui has recently appeared locally in the Paperwing Theatre Company production of The Rocky Horror Picture Show and the PacRep Theatre production of Jesus Christ Superstar); Heath Proskin (with whom I’ve worked on many occasions over the past years) on bass, and me on piano. Here’s information I sent out regarding that performance:

The Cherry Center for the Arts Presents: Love Letters of Lynchburg by Bill Minor: 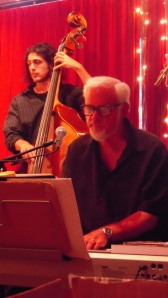 A spoken word exchange of letters throughout the Civil War—script and original music commissioned by the Historic Sandusky Foundation …These letters—exchanged by Charles Minor Blackford and his wife Susan from the time he rode off to First Manassas up through the Fall of Richmond (written under the most trying  conditions borne with inspiring equilibrium)–may rank among the more insightful, fully observant, and poignant love letters to survive that “dreadful war.” At its end, the couple returned to the home they had lost and spent the rest of their days (and nights) in fortunate union with one another.

The April 29 performance in Lynchburg will take place at the Tower Theater. Here’s a photo of that impressive venue:

I got goosebumps when I first saw it, realizing I’ll be playing piano on THAT stage (I’ve been working steadily restoring whatever “chops” I might have once possessed). Kathryn Petruccelli, the original Susan, is now living in Florence, Massachusetts, but she’ll be coming to Lynchburg by train, and the National Civil War Chaplains Museum has engaged a young (26-year-old) actor with impressive experience, Dallas Shipp, to BE Charles Minor Blackford.

Here are some photos (of Kitty and me) I sent to Lynchburg for publicity for this performance: 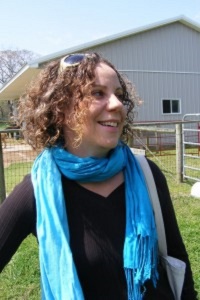 I’ll repeat, here, some background info I posted previously on these productions (“Music to Match the Words,” July 26, 2013). While doing research on my father’s family, which goes back to 17th Century Middlesex County, Virginia, I discovered Charles Minor Blackford, my great-grandfather’s first cousin’s son, and his remarkable wife Susan. They carried on an extraordinary correspondence throughout the Civil War. I wrote three chapters on them for the memoir and then, having made two trips to the University of Virginia Special Collections Library in Charlottesville to do further research, I made the acquaintance of Gregory Starbuck, Executive Director of the Historic Sandusky Foundation in Lynchburg. Greg was completing a compilation CD called Lynchburg Melodies: History of the Hill City in Song, and when I gave him a copy of my own CD Mortality Suite, and we discussed Charles and Susan (he even took me on a tour of their former home in Lynchburg), he suggested I prepare a script based on their letters (contained in Letters from Lee’s Army: an edited and abridged version based on Susan Leigh Blackford’s compilation, Memoirs of Life In and Out of The Army in Virginia During The War Between the States, Vols. I and II)–the exchange to be read by two actors. Greg also asked that I compose an original score of music to accompany the readings.

The possibility of undertaking such a project as a commissioned piece was exciting, and I immediately started to work on the score, having asked two excellent musicians I’d been working with in California, bassist Heath Proskin, and flutist Richard Mayer, if they would be willing to participate in a recording project. I also approached two fine local actors: Taelen Thomas, whom I’d seen in splendid one man shows as everyone from John Steinbeck, Mark Twain, Jack London, Daniel Boone and Teddy Roosevelt to Leonardo da Vinci (I knew he’d be just right for Charles Minor Blackford), and Kathryn Petruccelli, whom I’d seen perform as Una Jeffers, wife of poet Robinson Jeffers. With her spirited, spunky nature, her wit and intelligence and compassion, I knew she would become Susan–and she did. Everyone agreed to contribute their considerable skills to the project. I completed the music, and we recorded the CD, which has the Historic Sandusky Foundation as sole distributor : http://www.historicsandusky.org./shop.htm.

Setting up and “securing” these two events is what I’ve been preoccupied with for the past few weeks—an exciting adventure I’ll be sure to provide an account of once the performances have taken place! If you’re in either area (Monterey Bay, California, or Lynchburg, Virginia): please come to see and hear Love Letters of Lynchburg!

One more piece of good news for April (by no means the “cruelest month” for me this year!): the Jazz Journalists Association asked me to present a “Jazz Heroes” award (for “advocates, altruists, aiders and abettors of jazz who have had significant impact in their local communities”) to excellent San Francisco big band leader and arranger, Ray Brown, on Monday night April 21—at the Kuumbwa Jazz Center in Santa Cruz, California. It will not only be an honor to give this award to Ray (“former Jazz trumpet player and/or arranger for Stan Kenton and Count Basie,” whose Great Big Band is “one of the most contemporary and exciting big bands of today”), but remarkable violinist Regina Carter will be performing that night as well. Check out her most recent CD, Southern Comfort, on which she explores folk tunes her paternal grandfather, a coalminer, “would have heard as he toiled in Alabama,“ the project expanded to include other folk tunes of the region. “Intent on making the past, present, Regina sought out distant relatives and books about the era in which her grandfather lived.  From there, she went to the Library of Congress and the renowned collections of folklorists such as Alan Lomax and John Work III digging deep into their collected field recordings from Appalachia.  On Southern Comfort, Regina interprets her own roots through a modern lens.”

2.   a review of my own book (The Inherited Heart: An American Memoir) that Marge Ann Jameson, Editor of Cedar Street Times, gave me permission to re-print (it’s highly favorable!);

3.  a full account of the JAM (Jazz Age Monterey) “Jazz Bash by the Bay” that took place March 7-9 at the Portola Hotel & Spa and Monterey Conference Center in Monterey—where I was stunned by the fully accomplished, swinging, fine taste and touch stride piano of young (27-years-of-age) Stephanie Trick (with her trio, which featured Phil Flanagan on bass and Danny Coots on drums) and her husband, pianist Paolo Alderighi, equally masterful at this demanding (but effortless they make it seem) two-handed piano style; Paolo playing with the Rebecca Kilgore Trio, which features Rebecca’s superb sensual seasoned vocals and Dan Barrett on trombone. Stephanie and Paolo also offered handsome four-handed piano on their own.

After I’ve posted ALL THAT (Whew!), I’d like to pay homage to a writer I’ve mentioned before, Mary Ruefle, and her book (the best, most insightful book on poetry I’ve read in a long long time–and I somehow lived through and survived the age of New Criticism!), Madness, Rack, and Honey: Collected Lectures (Wave Books).

I first “ran into” ((almost literally) Mary Ruefle (whom I’d count among my favorite “living” poets, along with Phil Levine, Amy Gerstler, and Li-Young Lee) a few years ago, when I attended a writers conference (NonfictionNow) at the University of Iowa (where I also played piano for a University of Nebraska Press reception). During a “memoir” session on the risk of writing about one’s relatives, I mentioned a problem I’d run across while working on a book: Unzipped Souls: A Jazz Journey Through the Soviet Union. When I’d finished far more than half the manuscript, faithfully reporting totally honest and fully open views of people I’d interviewed (using their “real” names), the “coup” of 1991 took place, and I found myself sitting (sweating!) in front of a TV set for three straight days and nights, knowing that if the hard line “Bad Guys” came back into power again and Boris Yeltsin lost out, I’d have to scrap everything I’d written—the entire book.

Waiting for an elevator after this session, a woman I did not know came up to me and said she’d found the question I’d raised (What does a writer do in a situation as extreme as the one I’d found myself in?) interesting, and we started a grand conversation on having to consider, as an American nonfiction writer, the seemingly small or even petty predicament of hurt feelings on the part of a family member or friend, as opposed, in other countries (such as the former Soviet Union) to writing something that might cost them their lives! Later, I attended a dinner with a friend and the speaker, after dinner, was an exceptional poet named Mary Ruefle, who gave an excellent talk on nonfiction writing and poetry. She was, of course, the same woman who had “accosted” me outside the elevator. And now she’s published this amazing book, Madness, Rack, and Honey—and I want to write about it.

Here’s just a sample of the way she thinks and writes about not just writing poetry but “really living” a complete, original (or as original as it can get!) and uniquely meaningful life as well: “I love pretension. It is a mark of human earthly abstraction whereas humility is a mark of human divine abstraction. I will have all of eternity in which to be humble, while I have but a few short years to be pretentious.” The universe of Mary Ruefle is a universe that only Mary Ruefle could handle as well as she does, filled with risk-taking intelligence and feeling—and because of that, she has much to tell us of our own.

And there we are, folks: all “us” Blog and Facebook practitioners! And that’s my synopsis of what’s coming up in future posts (I hope!).